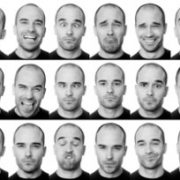 “Tell me what you pay attention to and I will tell you who you are.” -Jose Ortega y Gasset

Personality does indeed influence how participants react to 360-degree feedback, how motivated they will be to act on the suggestions and observations of others, and how likely they will be to implement and sustain new behaviors to become more effective. Here are some research findings supporting this:

Research by Smither, London, and Richmond (2005) explored the relationship between leaders’ personalities and their reactions to and use of 360-degree feedback. Leaders high in emotional stability were more likely to be rated by a psychologist as motivated to use the feedback results for professional development.

These researchers also found that extroverted leaders who are open to experiencewere more likely to perceive and view negative feedback as valuable and were most likely to seek further information about their feedback.

In general, individuals with high self-esteem reported more favorable attitudes toward the 360-degree feedback than those with low self-esteem. Feedback recipients who rate themselves highly on receptivity and the desire to make a good first impression were also perceived by feedback providers as having more positive reactions to feedback (Atwater, Brett, and Charles, 2007).

These results suggest the potential value of coaching to assist individuals to understand potentially complex feedback and to increase the motivation to set developmental goals. In general, leaders with an internal locus of control (i.e., those who believe they have some control over what happens to them) tend to react to peer and subordinate feedback more favorably, with a greater intention to improve their skills.

Taken together, it seems people are most motivated to use 360-degree feedback for development when they are conscientious or extroverted and when they had high self-efficacy, an internal locus of control, and low anxiety. As a result, coaches should assess the personality and style of their clients and reflect on how this might impact the receptivity and use of the 360-degree feedback results.

Some people are truly limited by their abilities to benefit from coaching and/or a behavioral change program. So, 360s could perhaps be implemented on most  types of individuals, however, who will actually utilize it as way to change behaviors is impacted by many factors including to a great extent, personality.

There are certain personality types such as the ones mentioned above that reflect individual level of coachability to create and sustain change. On the other hand, there are people with personality types that are considered so extreme that even the most seasoned and brilliant coaches cannot get them to change their behaviors. It is hard enough for any type of person to change and form habits, independent of personality. Now, to expect people to change with personalities that are less likely to result in proactive behavior and deliberate practice is simply NOT probable!

With that said, coaches should guage at their client’s likelihood for improvement by understanding their personality traits. In our recent book, Clueless: Coaching People Who Just Don’t Get It, Ken and I talk about the process and methods for maximizing coaching, as well as research about the various personality traits and their impact on behavioral change.

“A pleasant illusion is better than a harsh reality.”

Open-ended comments have some clear benefits and disadvantages. Participants generally find comments from open-ended questions useful and a great way of clarifying the sometimes confusing quantitative scores (e.g., when rater agreement is low but average scores are moderate or moderately high).

Open-ended comments do have some potential downsides. For one thing, they take more time to complete and require more effort on the part of raters to make them more behavioral and useful. At the same time, open-ended comments might also reveal raters, diminishing anonymity in the feedback process, where the participant is likely to identify who said what.

One of the biggest disadvantages of open-ended comments is the negative impact it can have on the participant.Open-ended comments can create strong emotional reactions that can interfere with the acceptance of feedback and lead to diminished engagement and productivity. For example, Smither and Walker (2004) analyzed the impact of upward feedback ratings, as well as open-ended comments, over a one-year period for 176 managers. They found that those who received a small number of unfavorable, behaviorally-based comments improved more than other managers, but those who received a large number relative to positive comments significantly declined in performance more than other managers.

They say that some things are better left unsaid….. I couldn’t agree with this statement more. It is common for raters to take advantage of being provided with open-ended questions by stating their opinion about the participant in an overly critical way, either intentionally or unintentionally. This can lead to hurt feelings, diminishment in confidence, and a decreased motivation to change on the part of the participant.

The challenge is to collect as much honest and useful information as possible, while keeping the participants emotional reactions in tact! So, what do consultants or coaches do when they have reviewed a 360-degree feedback that consists of overly critical open-ended comments? Do they toss ’em? Or, do they keep ’em?

This is obviously a difficult question to answer, as it is essentially a judgement call on the part of the coach. In my experience, if a feedback comment is not behavioral AND specific, it does not need to be included. If there is something negative to be said about someone, then perhaps it does NOT need to be mentioned. A rater might say, “No body respects or listens to Joe’s presentations! He is clumsy and boring!”. Well, here is what I would do….I would ask one question…does the quantitative portion of the 360 results cover development opportunities for presentation skills. If so, I would take this comment OUT. Not only would keeping such a comment emotionally hurt the participant and decrease chances of behavioral change, but it could motivate him to try to identify the rater that made the comment…this could inevitably lead to tremendous resentment and animosity.

So, generally, when comments are highly critical, it might be a good idea to delete the comment or modify it in a way that participant might feel more comfortable to receive.

What has been your experience with harsh and unnecessary open-ended comments? Would you toss ’em or keep ’em?